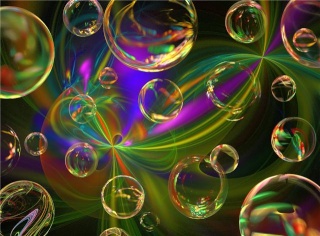 Is it really logic/thought vs. feelings?

Is it really logic/thought vs. feelings?

I was having a nice chat with Anarkandi yesterday and viewing his latest in a long string of videos on You Tube and from that came a discussion on emotions and thoughts. Anarkandi was noting that, "when people talk about neuroticism its always about mood stability. Like, not not having negative emotions or feeling badly." I replied, "But no emotions is negative or positive. That too is an illusion.

I also noted, and insight here, "It's so interesting it's always feeling vs. logic, when emotions in balance are very logical and thoughts out of balance are very illogical, just as feelings are. It's "thoughts and emotions out of balance" due to a variety of causes that cause distress. Traditional psychology, the MBTI, popular wisdom all point to logic versus emotion when people are dealing with difficulties and this may be the wrong view of things.

Re: Is it really logic/thought vs. feelings?

A while ago, logic and feelings became the same thing in my head.
I wondered the same thing, so I spun around ways of looking at it until they because two parts of the same spectrum of being in your mental space.

Feelings are often perfectly rational and logical if you look at them and listen, really deeply.
They tell you important things that are completely logical to know, and rational to feel in given circumstances if you really sit down to tea with them.

Humans are animals, I don't see my cat debating if his emotions are rational or if he should use logic instead to be better at everything. I think the division is not a natural one, but a societal one because we strive to be 'civilized" (what is considered logical and/or emotionally mature) and forget our primal animal selves (or fear it). Integrating it really changed this "opposition" for me.
People see their animal primal self as like a savage or stupid and brutish, but I find this really untrue as it's (to me) a question of understanding human nature as a human being living on planet Earth, rather than human nature according to school and your parents or whoever else taught you how to act in society.

National parks or state parks are a great place to reflect on this Lol. In reality, the big picture, humankind was never limited to western society or society, so why limit yourself to it's view only if you're trying to reflect on human nature. Humans came from nature lol, easy to find out for yourself.

And I think it's perfectly logical too to think of what it means to be a living creature on this planet in order to understand human nature, logic and emotions. Asking why humans even have emotions as a species is something  physical anthropologists and psychologists have been doing for ages. There is real biological need for them in the bigger picture of mankind, so they are both logical and rational to have for human beings (and even your cat! Even reptiles can have emotions!)
That's my logic and reasoning on it at least

I think people who fear emotions or can't control theirs see it as illogical because it's unknown mental territory to them, and you have to make leaps of faith and intuition to chart that blank space in.
Intuition is also perfectly logical to me...